Do Muslims and Christians worship the same God?

On December 15, 2015, Wheaton College, a flagship of evangelical educational institutions, placed one of its professors on administrative leave for “theological statements that seemed inconsistent with [their] doctrinal convictions.” Five days prior, donning a hijab and staking her position on a variety of controversial matters, Larycia Hawkins had stated on Facebook, “I stand in religious solidarity with Muslims because they, like me, a Christian, are people of the book. And as Pope Francis stated last week, we worship the same God.”

Wheaton’s decision to give Dr. Hawkins “more time to explore theological implications of her recent public statements” ignited a firestorm of controversy. One strong voice in the fray was that of the Chicago Tribune, which described Wheaton’s actions as “bigotry… disguised as theology.” This assessment was partially based on the input of Yale Professor Miroslav Volf, a theologian greatly respected for his contributions to Christian-Muslim dialogue, who said, “There isn’t any theological justification for Hawkins’s forced administrative leave. Her suspension is not about theology and orthodoxy. It is about enmity toward Muslims.” Such dialogue-stifling judgmentalism is shocking from a highly acclaimed Ivy League scholar, but it serves to illustrate the enormous tensions in Christian-Muslim relations during this time when the nation is pulled between the poles of Muslim refugees pouring into Staten Island and Muslim terrorists massacring innocents in San Bernardino.

In the past week, I have received dozens of requests to provide my input on the matter, especially from those who are aware that I do not have “enmity toward Muslims.” As a former Muslim, I have many Muslim family members and friends that I spend time with regularly, and I often adjure Christians to consider gestures of solidarity with the hope that, somehow, this affection will trickle down to the Muslims I know and love. I have even recommended that Christian women consider wearing the hijab in certain circumstances, as well as counseled Christian men to consider fasting with their Muslim neighbors during the month of Ramadan, as long as it is clear these gestures are out of Christian love and not submission to Islam.

Do Muslims and Christians worship the same God?

I should start by saying this: for years after leaving Islam and accepting Jesus as Lord, I believed that Muslims worshiped the same God as Christians but that they were simply wrong about what He is like and what He has done. After all, I had been taught as a young Muslim to worship the God who created Adam and Eve, who rescued Noah from the flood, who promised Abraham a vast progeny, who helped Moses escape Egypt, who made the Virgin Mary great with child, who sent Jesus into the world, who helped the disciples overcome, and who is still sovereign today. Is that not the God of the Bible?

For that matter, the Quran asserts that the Torah and the Gospel are inspired scripture and that Jews and Christians are people of the Book. The Quran tells Muslims to say to them, “our God and your God is One, and unto Him we surrender” (29.46). If the Quran asserts that Muslims worship the same God as Jews and Christians, does that not settle the matter?

Let’s start with the obvious: Christians believe Jesus is God, but the Quran is so opposed to this belief that it condemns Jesus worshipers to Hell (5.72). For Christians, Jesus is certainly God, and for Muslims Jesus is certainly not God. How can it be said that Christians and Muslims worship the same God? This fact alone is enough to settle the matter, but at the very least, no one should argue as Volf has that “there isn’t any theological justification” for believing Christians and Muslims worship different Gods. There certainly is, and it is the obvious position when we consider the person of Jesus.

Another difference between the Islamic God and the Christian God that is quite personal to me is his Fatherhood. According to Jesus, God is our Father, yet the Quran very specifically denies that Allah is a father (112.1-4). In fact, in 5.18, the Quran tells Muslims to rebuke Jews and Christians for calling God their loving Father because humans are just things that God has created.

Why do people say Muslims and Christians worship the same God?

The similarities between the God of Islam and the God of Christianity are fairly superficial, and at times simply semantic. Though Islam claims that the Muslim God has done some of the same things as the Christian God and sent some of the same people, that is not enough to say that Muslims worship the same God as Christians. These minor overlaps are far less essential to the reality of who God is than the fundamental differences of his nature and persons. What God has done or whom He has sent is far less of a defining characteristic than what He is and who He is; though Islam and Christianity overlap at points on the former, they differ fundamentally on the latter.

Volf’s challenge in response is that Christians believe they worship the same God as the Jews though the Jews do not worship the Trinity. How can Christians accuse Muslims of worshiping a different God without also indicting the Jews of doing the same? That would be inconsistent or hypocritical.

The response should be obvious to those who have studied the three Abrahamic faiths: the Trinity is an elaboration of Jewish theology, not a rejection. By contrast, Tawhid is a categorical rejection of the Trinity, Jesus’ deity, and the Fatherhood of God, doctrines that are grounded in the pages of the New Testament and firmly established centuries before the advent of Islam. Most of the earliest Christians were Jews, incorporating their encounter with Jesus into their Jewish theology. Nothing of the sort is true of Muhammad, who was neither a Jew nor a Christian. Islam did not elaborate on the Trinity but rejected and replaced it.

Additionally, Volf’s assumption that Jews did not worship something like the Trinity is unsubstantiated. Many Jews held their monotheism in tension with a belief in multiple divine persons. Though the term “Trinity” was coined in the second century, the underlying principles of this doctrine were hammered out on the anvil of pre-Christian Jewish belief. It was not until later, when Jews and Christians parted ways, that Jews insisted on a monadic God. The charge of Christian hypocrisy is anachronistic.

The question of whether Muslims and Christians worship the same God is complex. Wheaton made a respectable decision in giving Hawkins time off to consider the implications of her statement: she is allowing Islamic assertions to subvert the importance of essential doctrine. That said, one ought not fault her harshly for the mistake, as these issues are murky. What is dangerous is the path of Volf, accusing people of bigotry to shut down valid conversations. One can both love Muslims and insist that the God they worship is not the same as the Christian God.

by Adam Simnowitz There are four primary reasons that I believe that “Muslim Friendly” translations are a very bad idea. 1. These translations tend to obscure Scriptural references that demonstrate the divinity of Christ and/or the Trinitarian nature of the Godhead,... 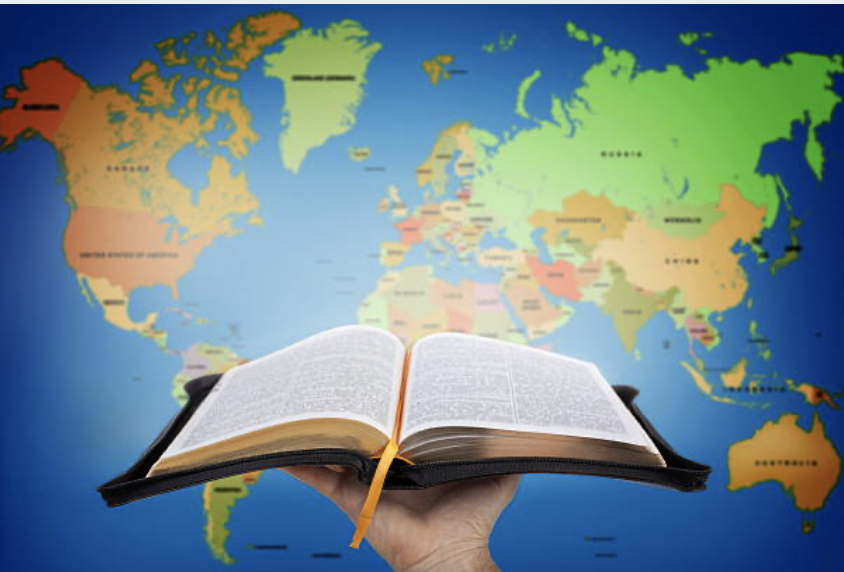 Judaism, Christianity, and Islam are widely known as the three great monotheistic Abrahamic faiths, although each of the three has a different understanding of the One and only God of our father Abraham. We will look at the Muslim and the Christian understandings of...